To share your memory on the wall of Margaret Hodges, sign in using one of the following options:

She was born June 14, 1930 in Tennessee. She was a 1947 graduate of Eagle Rock High School, a retired House Mother for Boys Home of Virginia, and volunteered with the League of Older Americans for over 18 years. She enjoyed going for rides, vacationing at the beach, and visiting her brothers in Georgia.

In addition to her mother and father, Margaret and Jake Fairburn, she was preceded in death by a son, Kevin Tuckwiller and a sister, Mary Siple.

In keeping with her wishes, her body has been cremated. Private services will be held at a later date.
Read Less

To send flowers to the family or plant a tree in memory of Margaret Hodges, please visit our Heartfelt Sympathies Store.

There are no events scheduled. You can still show your support by sending flowers directly to the family, or planting a memorial tree in memory of Margaret Hodges.
Visit the Heartfelt Sympathies Store

We encourage you to share your most beloved memories of Margaret here, so that the family and other loved ones can always see it. You can upload cherished photographs, or share your favorite stories, and can even comment on those shared by others. 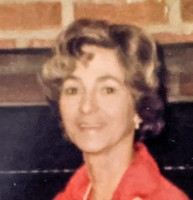