To share your memory on the wall of Anne Hall, sign in using one of the following options:

She was born November 1944 in Sudetenland, Germany and then grew up near Stuttgart after World War II. During this time, she met her futur... Read More
Anne R. Hall, age 75, of Roanoke, Virginia passed away Thursday, April 23, 2020 at her residence.

She was born November 1944 in Sudetenland, Germany and then grew up near Stuttgart after World War II. During this time, she met her future husband Granville Carrington “G.C.” Hall Jr. of Clifton Forge, VA, who was stationed in Germany in the service. They were married and moved from Germany to Clifton Forge in the mid 1960’s and started a family. GC’s job at the U.S. Postal Service moved the family to Roanoke, VA in 1979. Just two years after the move to Roanoke, tragedy struck, and GC passed away suddenly of a heart attack. This left Anne a 36-year-old widow with two school-aged children. Anne spent most of her working life as a Licensed Practical Nurse (LPN) and retired from Virginia Veterans Care Center. She was always known for care of others – starting with the outstanding care and opportunities she gave her children. She also shared her commitment to others with the patients that were fortunate to have her as their nurse at VVCC. After retirement from VVCC, Anne herself fell victim to a series of medical issues. As a result, she moved into The Village on Pheasant Ridge Retirement Community where she lived for over 10 years and developed strong friendships with other residents and staff. Anne was a devote Catholic and her strong faith helped her and her family through all the trials and tribulations of life on this earth. She had a quiet demeanor and the most amazing sense of humor that you had to really pay attention, or you would miss it. She especially enjoyed it when people would ask her about “German accent.” She touched so many people’s lives and she will be missed greatly.

In addition to her parents, Johann Rusnak and Anna Kruppa, and her husband, she was preceded in death by three brothers, Konrad, Albert and Johann Rusnak.

A private graveside service, where she will be laid to rest beside GC, will be held on Monday, April 27, 2020 in Crown Hill Cemetery, Clifton Forge with Father Augustine Lukenge officiating.
Read Less

To send flowers to the family or plant a tree in memory of Anne R. Hall, please visit our Heartfelt Sympathies Store.

There are no events scheduled. You can still show your support by sending flowers directly to the family, or planting a memorial tree in memory of Anne R. Hall.
Visit the Heartfelt Sympathies Store

We encourage you to share your most beloved memories of Anne here, so that the family and other loved ones can always see it. You can upload cherished photographs, or share your favorite stories, and can even comment on those shared by others.

The Donahues sent flowers to the family of Anne R. Hall.
Show you care by sending flowers

Posted Apr 30, 2020 at 08:31pm
My Mom, Mooney, was Anne's roommate. Although only a little over a year, our family grew to love Anne. She had such a great sense of humor and laughed readily. She shared stories of her life in Germany with us and she loved tea and cakes. She was always so kind to check on Mom, and they became fast friends. She even took the time to find my number, and call me once when she was worried about Mom and alerted me to take her to the hospital, where she recovered after 3 days! I am so thankful for the blessing of Anne in my Mom's and my life! She will be so missed by us when we visit Mom. I know Mom misses her. I send my sympathy to her children and grandchildren, she loved you very much and was so proud of you. God be with you in this difficult time. Susan 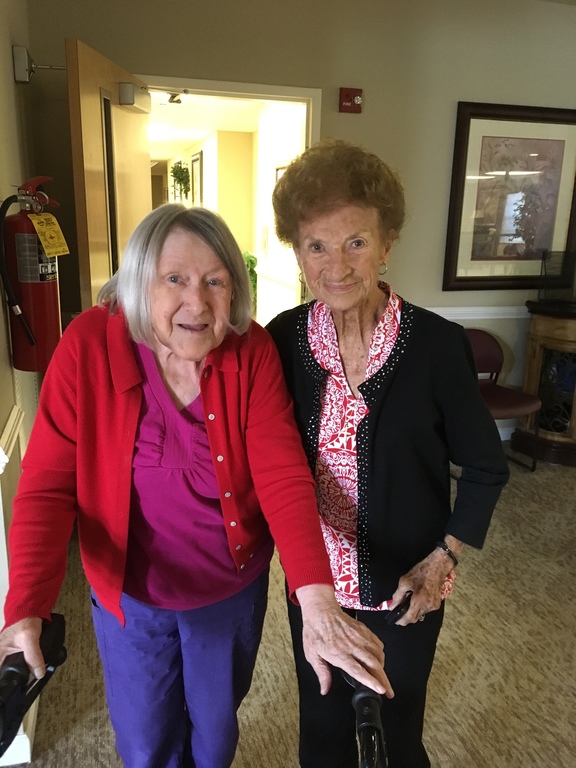 Vickie and I were very sad to the hear news of Anne's passing.
We are praying for her and the entire family at this difficult time.
The comforting thing to know, is, she is with pain no more and with her beloved husband.
God bless all of you and know that we are thinking of you.
Bill and Vickie Igoe
Comment Share
Share via:
MP

Posted Apr 28, 2020 at 03:15pm
Dear John Michael, Tina, and family,
We were very sorry to hear about Anne. Please know that you all are in our thoughts and prayers. Mom and Dad, especially, wish they could have been with you yesterday.
R.C., Nora, Jimmy, and Melissa

Posted Apr 27, 2020 at 04:49pm
I came to know Anne a couple years ago at Pheasant Ridge through our mutual friend, Nelle Carico. Anne would always join us for lunch and I thought she was wonderful. I am very sorry for your loss--she was a very special lady. Heidi Lang
Comment Share
Share via:
LW

Posted Apr 27, 2020 at 10:20am
Dear Ann's Family,
My name is Liz and I had the privilege of treating Ann over the years for Therapy, both at the Village and Pheasant Ridge . She was one of my favorite patients! Ann had such a sweet, quiet, funny and determined personality I have ever seen. She will truly be missed! I'm thankful for the opportunity to know Ann. My thoughts and prayers are with you all!
Liz Wehlermann, LPTA
Comment Share
Share via: 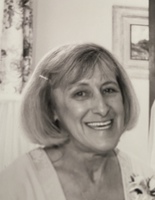 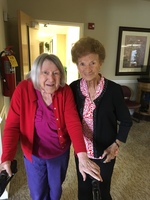