To share your memory on the wall of Harry Clark, sign in using one of the following options:

To send flowers to the family or plant a tree in memory of Harry Clark, please visit our Heartfelt Sympathies Store.

There are no events scheduled. You can still show your support by sending flowers directly to the family, or planting a memorial tree in memory of Harry Clark.
Visit the Heartfelt Sympathies Store

We encourage you to share your most beloved memories of Harry here, so that the family and other loved ones can always see it. You can upload cherished photographs, or share your favorite stories, and can even comment on those shared by others.

Chris Spady, Sgt. Doug Bush and Sgt. Frank Nowak, and other have sent flowers to the family of Harry Clark.
Show you care by sending flowers

Posted May 14, 2020 at 02:29pm
We are so sorry for your loss. Many great memories of good times with the Clark family in Clifton Forge come to mind. Praying for your comfort. God bless. Richard and Becky Miller
Comment Share
Share via:
GH

Posted May 09, 2020 at 08:48pm
Allen and I are so sorry for your loss. Our thoughts and prayers are with you all. If there is anything you need let us know. May God comfort you during this time.
Comment Share
Share via:
BR

Posted May 09, 2020 at 09:50am
I would like to add my condolences to Harry's family. He and I were close friends when we were boys, though we lost touch after I moved away from CF.

Posted May 08, 2020 at 08:58pm
Always knew Mr. Clark as "James Dad" thru Matt but spoke with him a couple times good fellow. Thoughts are with the family.
Comment Share
Share via:
VM 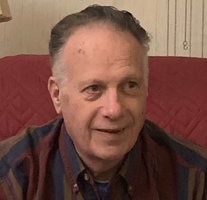 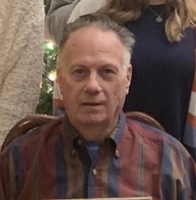