To share your memory on the wall of John Stinnett, sign in using one of the following options:

To send flowers to the family or plant a tree in memory of John "Johnny" Stinnett, please visit our Heartfelt Sympathies Store.

There are no events scheduled. You can still show your support by sending flowers directly to the family, or planting a memorial tree in memory of John "Johnny" Stinnett.
Visit the Heartfelt Sympathies Store

We encourage you to share your most beloved memories of John here, so that the family and other loved ones can always see it. You can upload cherished photographs, or share your favorite stories, and can even comment on those shared by others.

Posted Aug 28, 2020 at 01:42am
I have known Johnny a long time, he will be sadly missed. I pray the Lord will comfort the family and friends. Pete Reid
Comment Share
Share via:
AS

Posted Aug 26, 2020 at 07:56pm
May God grant you peace and comfort now and the days ahead. Thank you serving our country. RIP and fly ho Buddy. Semiper Fi.
Comment Share
Share via:
TM

He loved you too erica.
E

God will get to hear his awesome "Donald Duck impression". I always looked forward to seeing him when I was a little girl, because I knew I was going to get to hear "Donald Duck". Love you, Uncle Johnny.
FS

Erica, I am so glad you remember that. I just told Luis and the girls about it yesterday. I think he did it to them when he saw them too! He started doing Donald Duck to you when you were a baby.
3 Comments | Show All 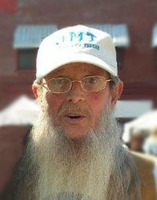 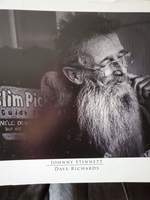 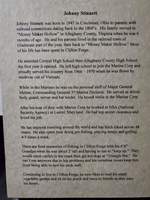