To share your memory on the wall of Martha Farley, sign in using one of the following options:

To send flowers to the family or plant a tree in memory of Martha Farley, please visit our Heartfelt Sympathies Store.

There are no events scheduled. You can still show your support by sending flowers directly to the family, or planting a memorial tree in memory of Martha Farley.
Visit the Heartfelt Sympathies Store

We encourage you to share your most beloved memories of Martha here, so that the family and other loved ones can always see it. You can upload cherished photographs, or share your favorite stories, and can even comment on those shared by others.

Posted Sep 05, 2020 at 02:41pm
Donna and Steve, Your family is in our thoughts and prayers. Love, your Life Line Ministries Family

Flowers were purchased for the family of Martha Farley. Send Flowers

Posted Sep 05, 2020 at 04:45am
May God grant you peace and comfort now and the days ahead. So sorry for your loss.
Comment Share
Share via:
PV

Posted Sep 05, 2020 at 01:02am
I am so saddened by the death of Martha. We went to high school and graduated from old Central High School together, and remained friends until the end. I regret that I had not visited her for some time, but she will remain in my heart as a friend. My sympathy and condolences to all of her family. God bless each of you. 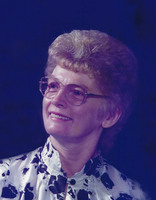