To share your memory on the wall of Charles Hall, sign in using one of the following options:

Jiggs was born October 29, 1930 in Clifton Forge to the late Charles Preston Hall and Letcher Love Hall. He served in the United States Army for seven years and was a veteran of The Korean War. He was also a member of the Clifton Forge Presbyterian Church.

He is survived by a sister, Bernice Crawford and husband Malcom of Covington; a brother, Richard Hall of Clifton Forge; a number of nieces and nephews, including a special nephew, Nathan Mays; and a special friend, Chicken Wing of Clifton Forge.

A funeral service will be held on Monday, November 2, 2020 at 2:00 PM in the chapel of Nicely Funeral Home, Clifton Forge with Reverend Paul Brokaw officiating. His body will be cremated following the service. The family will receive friends on Monday afternoon from 1:00 PM until the time of service at Nicely Funeral Home.

To send flowers to the family or plant a tree in memory of Charles "Jiggs" Hall, please visit our Heartfelt Sympathies Store.

There are no events scheduled. You can still show your support by sending flowers directly to the family, or planting a memorial tree in memory of Charles "Jiggs" Hall.
Visit the Heartfelt Sympathies Store

We encourage you to share your most beloved memories of Charles here, so that the family and other loved ones can always see it. You can upload cherished photographs, or share your favorite stories, and can even comment on those shared by others.

Posted Oct 31, 2020 at 04:17pm
For our Uncle Jiggs Hall. One of the most unique souls. Celebrate your good life. You will never be forgotten.

Posted Oct 31, 2020 at 08:43am
One of the legends of Clifton Forge. Jiggs was my dad’s childhood buddy and he always called me “Bubbie”, (my dads nickname). Whenever I saw him he always had a different story to tell me about their childhood and the shenanigans that they got into. My deepest sympathies to the Hall family. People like Jiggs don’t come along often, and Clifton Forge was a better place For having him with us in this thing called life.
Comment Share
Share via: 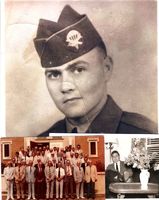 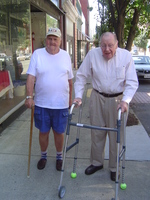