To share your memory on the wall of Robert Adams, sign in using one of the following options:

To send flowers to the family or plant a tree in memory of Robert Adams, please visit our Heartfelt Sympathies Store.

There are no events scheduled. You can still show your support by sending flowers directly to the family, or planting a memorial tree in memory of Robert Adams.
Visit the Heartfelt Sympathies Store

From :Leonard, Mayette and Mark Allen at Haymarket and Billy and Jackie sent flowers to the family of Robert Adams.
Show you care by sending flowers

Posted Nov 09, 2020 at 03:14pm
To Aunt Deborah and family. Sincere condolences from your Columbus, Ohio family. I'll remember fishing with Robert and Mr. James Christian every time we would visit grandma Mabel's house. Robert and Mr. Christian tell so many fishing lies - on how the big one got away. I would always joke with Robert on how much he could eat. He was a good man and will be sorely missed ! Continue to look to the hills from whence comes your help, your comes from the Lord.

Posted Nov 08, 2020 at 02:55pm
To Deborah and the Adams family, I'm sorry to hear about the loss of Robert. May he rest in peace. We will be praying for you all.
Comment Share
Share via:
FH

From :Leonard, Mayette and Mark Allen at Haymarket

From :Leonard, Mayette and Mark Allen at Haymarket purchased flowers for the family of Robert Adams. Send Flowers

Billy and Jackie purchased flowers for the family of Robert Adams. Send Flowers 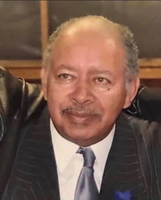