To share your memory on the wall of Gene Allard, sign in using one of the following options:

To send flowers to the family or plant a tree in memory of Gene Allard, please visit our Heartfelt Sympathies Store.

There are no events scheduled. You can still show your support by sending flowers directly to the family, or planting a memorial tree in memory of Gene Allard.
Visit the Heartfelt Sympathies Store

We encourage you to share your most beloved memories of Gene here, so that the family and other loved ones can always see it. You can upload cherished photographs, or share your favorite stories, and can even comment on those shared by others.

Posted Dec 29, 2020 at 07:10am
We are very sorry for your loss. Gene was a wonderful and caring man. RIP Gene....Love: The Brooks Family
Comment Share
Share via:
BH

Posted Dec 26, 2020 at 10:32am
A special friend has left us for a better place free from pain. I know heaven will be a brighter place once Gene gets his paint brushes ready. He absolutely was the best painter in our area. I will definitely miss this man,may he Rest In Peace. May God’s arms wrap around Alice and the family.
Comment Share
Share via:
H

Posted Dec 23, 2020 at 02:21pm
I am so sorry for your loss and the heartbreak you must be feeling right now. I hope you are comforted by the grace of our Lord and the fact that Gene is in Heaven right now with no pain, a clear mind, and not a care in the world.

I only met Gene once but he left a lasting impression on my life. He showed a big heart, a caring personality, and an incredible sense of humor.

The testament of a man is how he cares and loves his family. Gene loved you and would do anything to make you smile. He will be missed incredibly. The world lost a great man but Heaven gained a remarkable Angel. God bless you all and again I am so sorry for your loss.
Comment Share
Share via: 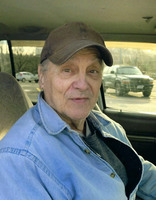