To share your memory on the wall of Charles Lee, sign in using one of the following options:

He was born to the late Andrew M. Lee and Estella Brown Lee Pack on September 12, 1937 in Summers County, West Virginia, then moved to Clifton Forge, VA at an early age.

Charles attended Jefferson School, graduating in 1958. He was a member of First Baptist Church, and was baptized under the leadership of Rev. James. After graduating, he moved to New Haven, CT and married Maxine Ross. From this union, 4 children were born; Keith, Vanessa, Zelia and Hope.

Charles worked numerous jobs in CT, and was a devoted member of Masonic Oriental Lodge # 6 Prince Hall; becoming worshipful Master in 1989. He had a love of football, gymnastics, hunting with his dogs and fishing at Cape Rhode Island. After 46 years, retiring from Detroit Steel in Hamden, CT and Yale University in New Haven, CT, Charles returned to Clifton Forge, VA.

He will truly be missed. In keeping with his wishes, his body has been cremated. A memorial service will be held at a later date.
Read Less

To send flowers to the family or plant a tree in memory of Charles Lee, please visit our Heartfelt Sympathies Store.

There are no events scheduled. You can still show your support by sending flowers directly to the family, or planting a memorial tree in memory of Charles Lee.
Visit the Heartfelt Sympathies Store

We encourage you to share your most beloved memories of Charles here, so that the family and other loved ones can always see it. You can upload cherished photographs, or share your favorite stories, and can even comment on those shared by others.

The Bible says "Blessed are those who mourn, for they shall be comforted." Matthew 5:4. Although Uncle Charles is no longer with us in person, he is in a better place. He was the patriarch of the Lee family. I will treasure the conversations he and I shared about the Lee family and the photos he shared with me about our ancestors who have gone on from labor to reward. Thank you Uncle Charles for all the encouragement and support you gave me in life and the legacy you left us.

Family, I know it's difficult today to see beyond the sorrow, but may you find comfort in knowing that you are not alone. Many thoughts and prayers are with us all. May God bless us and keep us together as we pray for healing, comfort, strength and peace during this difficult time. Another family member gone but not forgotten. I am Uncle Charles' nephew,

Posted Jan 21, 2021 at 04:51pm
Our family sends prayers in these times of need. May you rest in peace. Fraternally Brother Robert Hard

Posted Jan 21, 2021 at 11:46am
To Maxine and Family, we just learned of the passing of Charles Lee, The Toliver family on Pine Street wish to extend our deepest sympathy to you and your family. May God keep his loving arms of peace and contentment around you all
Comment Share
Share via:
AF

Posted Jan 21, 2021 at 11:43am
To Maxine and Family, we are just learning of the death of our dear friend Charles. Our hearts are heavy, but as you we must go on. May he rest in eternal peace.

Posted Jan 19, 2021 at 04:53pm
Farewell Dear Cousin. So glad your were part of my life. You showed me what a true family means.
I know My Husband Larry was grinning from ear to ear when he saw you cross over . He loved and admired you so much.
Don't worry I'm going to do all I can to the care of Maxine , what a wonderful asset to our family she has been.
Comment Share
Share via: 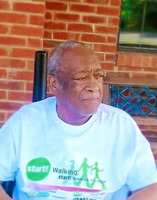 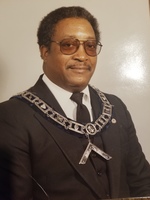