To share your memory on the wall of Elizabeth Obenshain, sign in using one of the following options:

To send flowers to the family or plant a tree in memory of Elizabeth Obenshain, please visit our Heartfelt Sympathies Store.

There are no events scheduled. You can still show your support by sending flowers directly to the family, or planting a memorial tree in memory of Elizabeth Obenshain.
Visit the Heartfelt Sympathies Store

We encourage you to share your most beloved memories of Elizabeth here, so that the family and other loved ones can always see it. You can upload cherished photographs, or share your favorite stories, and can even comment on those shared by others.

Posted Feb 18, 2021 at 07:21pm
Elizabeth will surely be missed and a wonderful lady. We had a lot of great talks at the Kroger store. You all are in our thoughts and prayers.

Posted Feb 12, 2021 at 10:12am
so sorry for your loss and thoughts and prayers are with you at this difficult time. I remember Sarah and family from my time working at Dabney
Comment Share
Share via:
RH

Posted Feb 11, 2021 at 02:02pm
Our very special Aunt and Sister-in-law will be sadly missed and forever loved. Our hearts are broken to go on without you but we shall all meet again one day. Rest peacefully Dear Pete...…

Posted Feb 11, 2021 at 01:18pm
To Petes family, We are so very sorry to hear of your loss. you will be in our prayers may our Lord give you comfort in your hearts.Peteand Carol Reid
Comment Share
Share via:
MA

Posted Feb 10, 2021 at 09:10am
Janet, I am so sorry to hear of your mom's passing. Prayers for your family. May you find comfort in your wonderful memories.
Comment Share
Share via: 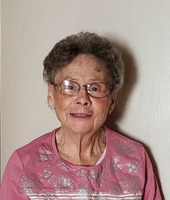