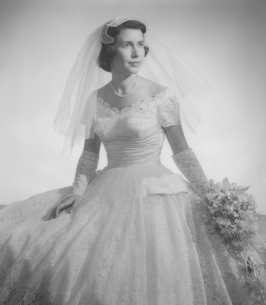 After graduating from Tazewell High School, she earned a Bachelor of Science degree from Mary Washington College. On September 3, 1955, she married Charles Francis (“Chuck”) Hileman in Salem, Virginia. Mr. and Mrs. Hileman celebrated their 57th wedding anniversary shortly before he passed away in November 2012. After many years at home raising her four children, Mrs. Hileman returned to the workforce in the late 1970s as a Teacher’s Aide at Millboro Elementary School in Bath County, working primarily with special needs children.

Mrs. Hileman enjoyed sewing, traveling and card games, especially bridge. She was a wonderful cook in the Southern tradition, and her family fondly remembers the “holiday feasts” (as one granddaughter called them) prepared by Grandma. A voracious and eclectic reader, in her later years she was seldom without her Kindle.

In addition to her parents and husband, Mrs. Hileman was preceded in death by her brother Thamo Carlan (“T.C.”) Cruise of Seymour, Tennessee, and her beloved dog Millie.

According to Mrs. Hileman’s wishes, a graveside service will be held at Mt. Carmel Cemetery in Low Moor, Virginia on Tuesday, August 2, 2022 at 11:00 AM with Reverend Rob Sherrard officiating. Interment will immediately follow. The family will receive visitors on Monday evening from 5:00 PM until 7:00 PM at Nicely Funeral Home, Clifton Forge, Virginia.

In lieu of flowers, the family suggests memorial contributions to the Millboro Ruritan Club, 276 Church St. Millboro, VA. 24460 or WWW.Millbororuritans.org.