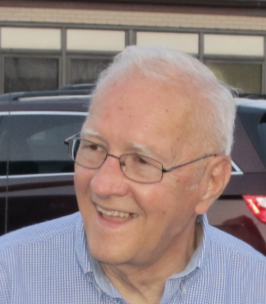 Corky was born November 4, 1935, in Clifton Forge, Virginia to the late John Coghill “Jack” Downer, Jr. and Ethel Evans Downer. He served in the United States Army and was the retired manager and co-owner of Downer Hardware in Covington. He was a member of Faith Baptist Church in Covington and The Gideons International and was very much a people person.

In addition to his parents, he was preceded in death by a brother Ronnie Downer, son-in-law David Caputo, and great granddaughter Caleigh Behrens.

A funeral service will be held Saturday, July 30, 2022, at 3:00PM at Faith Baptist Church, Covington with Pastor Andy Belanger and Pastor Billy Price officiating. Interment will follow in Cedar Hill Cemetery, Covington. Pallbearers will be Kevin Caputo, Austin Behrens, Heath Behrens, Jack Downer, Bobby Whitt, Scott Wolfe, Chase Dowman and Paul Lee. The family will receive friends at the church on Saturday from 1:00-3:00PM prior to the service.