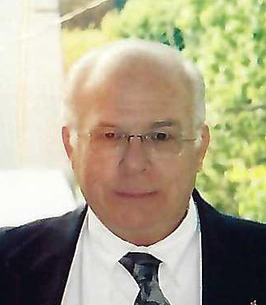 George William Clark, age 79, a resident of Covington VA, passed away on July 30, 2022, after a long battle with Alzheimer’s.

Born in Clifton Forge, VA on July 11, 1943, George was the husband of Joyce M. Clark and the son of the late Basil and “Tillie” Clark of Clifton Forge. George graduated from Clifton Forge High School class of 1961. He also graduated from Augusta Military Academy and Roanoke Business College. George was a former employee of the Covington Police Department and Westvaco. George “dabbled” in model trains and enjoyed old cars and trucks, refurbishing a 1966 Ford pick-up truck now driven by his son.

In addition to his parents, George is preceded in death by his brother, Harry J. Clark of Clifton Forge.

Contributions in George’s name can be made to the Alzheimer’s Association at http://act.alz.org/goto/CharlottesHope

In keeping with his wishes, his body has been cremated. A memorial service will be held at a later date.