To share your memory on the wall of Guenter Rothe, sign in using one of the following options:

He was born June 7, 1928 in Grosspostwitz, Germany, a son of the late Ella Clara Berndt and Herbert Paul Rothe. He was a member of St Joseph’s Catholic Church in Clifton Forge, and a retired Computer Information Systems assistant professor at Dabney S. Lancaster Community College in Clifton Forge. Hans was very active with the Boy Scouts of America, serving many positions in the organization including, District Chairman of the Southern District, being on the Executive Board of the Stonewall Jackson Area Council, and starting as scoutmaster of Troop 128. In 1983, he received the Silver Beaver award from the Boy Scouts of America. He was also actively involved in the local HAM radio club.

In addition to his parents, he was preceded in death by two brothers, Horst Rothe and Siegfried Rothe; and two daughters-in-law, Diana Rothe and Kathy Rothe.

In keeping with his wishes, his body has been cremated. A funeral mass is planned for Tuesday, August 11, 2020 at 11:00AM at the Church of the Transfiguration in Fincastle, Virginia.

In lieu of flowers, a memorial gift can be made to the Church of the Transfiguration in Fincastle, Alzheimer's Association or a charity of your choice.
Read Less

To send flowers to the family or plant a tree in memory of Guenter Hans Rothe, please visit our Heartfelt Sympathies Store.

There are no events scheduled. You can still show your support by sending flowers directly to the family, or planting a memorial tree in memory of Guenter Hans Rothe.
Visit the Heartfelt Sympathies Store

We encourage you to share your most beloved memories of Guenter here, so that the family and other loved ones can always see it. You can upload cherished photographs, or share your favorite stories, and can even comment on those shared by others.

Posted Jul 24, 2020 at 05:11pm
I was a student of Mr.Rothes back in 1980, he was a good teacher and a fine gentleman. I am deeply sorry to here of your loss,may our Heavenly Father comfort your family, Iwill be praying for your family. God Bless Pete Reid
Comment Share
Share via:
CC

Posted Jul 22, 2020 at 08:45pm
Prayers lifted up for your lovely family. We have many cherished memories of Hans, Denyse, and all the children as we played bridge with Hans and Denyse, and Denyse taught my girls to play the piano. Louise even babysat Courtney. Woodhaven was a loving home to care for Tim also as he declined with Alzheimer's. Hans was such a caring, quiet, unassuming man. Hold those treasured memories close to your hearts.
Ann Barton Warren
Comment Share
Share via: 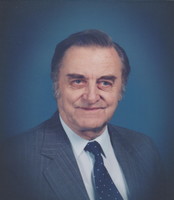