To share your memory on the wall of Troy Robinson, sign in using one of the following options:

To send flowers to the family or plant a tree in memory of Troy Daniel Robinson, please visit our Heartfelt Sympathies Store.

There are no events scheduled. You can still show your support by sending flowers directly to the family, or planting a memorial tree in memory of Troy Daniel Robinson.
Visit the Heartfelt Sympathies Store

We encourage you to share your most beloved memories of Troy here, so that the family and other loved ones can always see it. You can upload cherished photographs, or share your favorite stories, and can even comment on those shared by others.

Condolences to each & everyone of you. I have known Troy since he was a little boy. He will be missed by all of his family & friends. You all are in my thoughts & prayers. May God Be with you all during this time & the months & years ahead. Sending love, hugs & prayers. My deepest heartfelt sympathy to all of you. Sorry, that I wasn't able to make it to the memorial service.
Sincerely,
Brenda Watson
Comment Share
Share via:
VN

Posted Feb 20, 2020 at 12:46pm
The Robison Family is in my prayers as well the prayers of the Iron Gate Advent Christian Church. Troy will be missed.
Comment Share
Share via:
SF

Posted Feb 18, 2020 at 05:13pm
I look at this and still find it hard to believe. The last person on this earth that I thought would leave as he did. Troy, I will always hear your rambling on about whatever and countless hours of listening to you playing your guitar and drums. I know you've found Rick and Todd. Oh how the heavens will rumble. Your voice was one that was raspy and not easily forgotten. I'm sad to see you go, it's a process for us all and time, lots of time. Remember the baby Eagles we saw, when I see one, I'll see you.
Comment Share
Share via:
SJ

Posted Feb 18, 2020 at 01:23pm
He truly loved life and lived his life to the fullest. He will be missed by so many.
Comment Share
Share via: 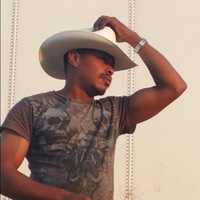